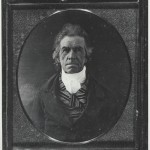 Though not a lineal descendent of William Cabell, bonds of friendship joined John Hartwell Cocke–the Virginia planter, reformer, general, and statesman–to the Cabell family. After he converted to Christianity under the gentle ministrations of his first wife, Ann, Cocke devoted himself to public service and to social reform. On several of these initiatives, he collaborated with Joseph Carrington Cabell and became his dearest friend. Eventually, there were even ties of blood between the Cabell and Cocke families. Cocke’s daughter Anne Blaws Cocke (1811-1862) married Nathaniel Francis Cabell, Joseph Carrington Cabell’s favorite nephew.

The friends labored together on two great enterprises that changed the course of Virginia history, the James River and Canada Company and the University of Virginia. Both men cared deeply for their native state and supported internal improvements to bolster economic development in the Virginia backcountry. In 1835, Cabell was elected President of the James River and Kanawha Company at the organization’s first meeting, and Cocke was named one of seven directors to assist the president. The two fought skeptics, self-interested politicians, and the railroad to build canals and other improvements on over 200 miles of the James River. When critics intensified their censure of the project following damages caused by an 1842 flood, the two felt alone against the world. “What in the name of God has got into the James River people!!” exclaimed Cabell to Cocke, in a letter dated 8 November. Cocke fumed as well, responding on 21 November that the flood had indeed “brought out the malignity & meanness of the other parts of the State–as well as that of the proprietors along the line.” The two successfully defended the Company and continued their partnership until Cabell’s resignation from the presidency in 1846. 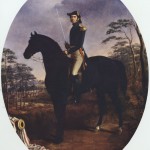 While the James River and Kanawha Company ultimately failed to spur development in western Virginia and perhaps even retarded the development of railroads in Virginia, the pair’s other project–the University of Virginia–flourished. Governor James P. Preston named both Cocke and Cabell to the first Board of Visitors of the University in 1819. The two outlived original board members Thomas Jefferson and James Madison by many years—Cocke served until 1852, Cabell until his death in 1856—and exercised a decisive influence on the University in its early years. The two guided Jefferson’s ambitious dream into a thriving reality with four hundred students enrolled annually by 1852.

Cocke worked intimately with Cabell on the Canal and the University, but he devoted much of his time to addressing what he perceived to be the two great evils of his day: slavery and alcohol. Although Cocke believed slavery to be “the great Cause of all the Chief evils of our Land,” he could bring himself to free only a few of the many enslaved persons who lived on his estate. He did so in his capacity as a leading figure in the American Colonization Society, which sought to manumit enslaved African Americans and resettle them far away in Liberia, thereby removing them not only from white society, but from friends and family members. Cocke chose for emancipation only the skilled, (whom he thought could make a living independently), who also met his high moral standards, paying their passage to Africa, and maintaining a correspondence with them for years after their arrival. Cocke forwarded to Peyton Skipwith and his family Bibles, cloths, and farming supplies along with his letters. As for the many enslaved persons who remained with Cocke in Virginia, they had to endure his harsh discipline and paternalism, which Cocke justified on the grounds of moral and agricultural reform. Cocke even profited by hiring out some to help build the University.

Tired by war and by the long fight to improve the world around him, Cocke passed away at “Bremo,” his Fluvanna County estate, in 1866.

Cocke Family Papers at the University of Virginia: Online Guide.