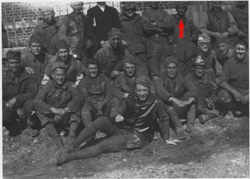 Joseph M. Bruccoli in his World War I unit

Bruccoli, a graduate of Yale University who received his M.A. and Ph.D. degrees from the University of Virginia, initially planned to collect the fiction of the war. The focus of the collection has greatly widened over the years, and the steady stream of material added to it each year includes non-fiction, posters, sheet music, broadsides, manuscripts, ephemera, movies, photographs–anything and everything that its donor believes will be useful to the study of the conflict.

Today the Library also acquires material for the collection, especially manuscripts and non-fiction. Many friends and associates of Professor Matthew J. Bruccoli have donated books and manuscripts to the collection; one of these donors lives in Australia and has sent many items about the effects of the Great War in that country that would otherwise be very difficult to find. In 1997, Professor Bruccoli shared in the donation to the collection of the World War I materials assembled by Dr. Charles J. Bailey, who also holds a doctorate from the University of Virginia. The 1,500 item Bailey collection nearly doubled the size of the Bruccoli collection, and complements the resources in it particularly well. Dr. Bailey collected books, pamphlets, and articles pertaining to the war that were published in the U.S. and abroad in the period 1914-1920, as well as official reports and documents. The American Antiquarian Society donated thousands of issues of camp newspapers representing over 100 titles to the collection in 2001. 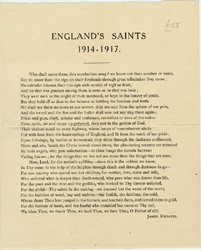 The Great War had a profound effect on the history of the United States and of the world as a whole. All the people who fought it or who endured it at home were affected by it as were succeeding generations. The Joseph M. Bruccoli Great War Collection and the complementary collections in Special Collections that relate to World War I, such as the John Dos Passos Papers and the James Rogers McConnell Memorial Collections, are important resources for this seminal period and its effects. 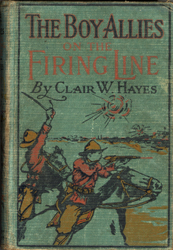 Professor Bruccoli has also established a Great War Collection at the University of South Carolina Library.

The Joseph M. Bruccoli Great War Collection, by Matthew J. Bruccoli, is reproduced here by kind permission of the author.

Guides to the manuscript holding of the Joseph M. Bruccoli Great War Collection are available online.

Printed and published materials in the Great War Collection are cataloged and records are available in the Library’s online catalog, VIRGO.