Albert H. Small is a real-estate developer in Bethesda, Maryland who earned a degree in chemical engineering from the University of Virginia in 1946. The Declaration of Independence Collection is the most comprehensive in the world about the document. Small pledged his entire collection to the University, where selected items are now on display in the Declaration of Independence Room, a part of the Albert and Shirley Small Special Collections Library. Small also contributed funds for the new building.

The Albert H. Small Declaration of Independence Collection is a significant addition to the American history materials in Special Collections, especially the Tracy W. McGregor Library of American History. In addition to being historically valuable, these items help to tell the full story behind the Declaration. They tell about the preparation, production, and printing of the Declaration, as well as about the individuals behind this seminal moment in American history. 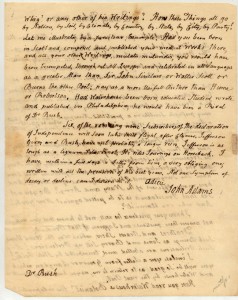 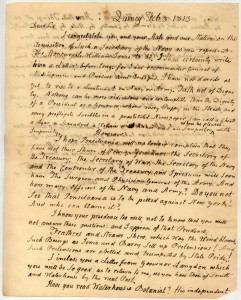 n a letter to Benjamin Rush, 1813 February 3, Adams comments on the selection of William Jones as Secretary of the Navy and notes that many Federal offices are held by men from Pennsylvania. He observes that he has become “recommender general of Midshipmen and Pursers and Ensigns,” comments on public slanders of anyone in office, and discusses the writings and reputation of Benjamin Waterhouse. 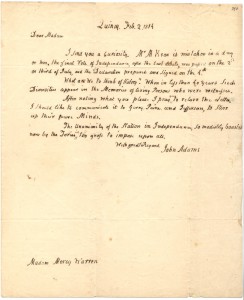 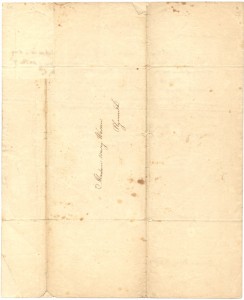 In a letter to Mercy Otis Warren, 1814 February 2, Adams forwards Thomas McKean’s account of the signing of the Declaration of Independence, noting that the resolution was passed on the second or third of July and the Declaration signed on the fourth. He asks Mrs. Warren to return the letter so he can send it on to Gerry, Paine and Jefferson “to Stirr up their pure Minds.” 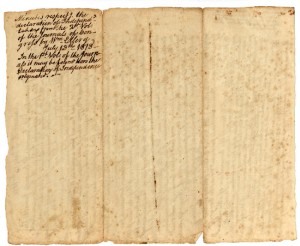 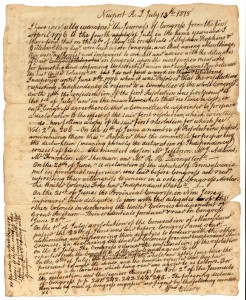 Ellery, one of the last surviving eye-witness participants, summarizes the adoption and signing of the document, as recorded in the Journals of Congress. 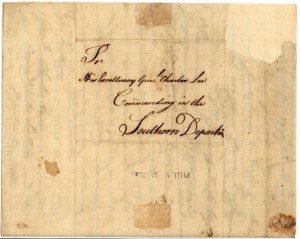 Morris reports that the Continental Congress is on the verge of passage of the resolution for independence. (Morris himself did not vote for independence, but signed after the vote had been taken.)

Morris concludes with a discussion of the purchase of cattle for Lee’s farm. 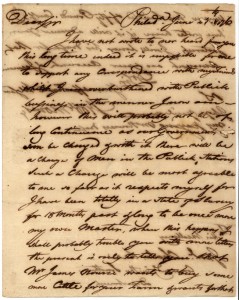 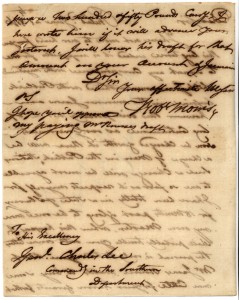 In this letter to his brother, Rodney describes his last minute journey by horseback from Delaware to Philadelphia during a thunderstorm to break the tie in the Delaware delegation and cast the crucial vote in favor of independence. He announces that handbills of the Declaration will be printed and circulated and closes by asking his brother to attend to his harvest. 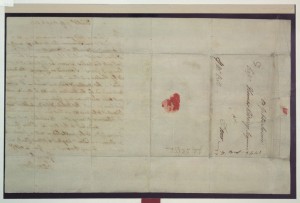 Benjamin Owen Tyler’s (b. 1789) manuscript subscription book for his facsimile Declaration of Independence, 1815-1818 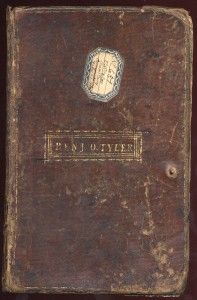 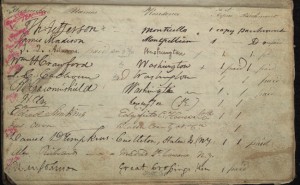 Tyler’s subscription book for the first publication of a facsimile of the Declaration of Independence consists of 10 pages cotaining the names of more than 1000 subscribers including original signer Thomas Jefferson as well as other notables of the new republic including James Madison, John Q. Adams, John Marshall, Richard M. Johnson, Henry Clay, John C. Calhoun, William Wirt, and William H. Crawford.

At the back of the volume are five pages of subscribers to a print of “Naval Monument Heroes,” many of whom also subscribed to the Declaration facsimile.

Tyler’s prospectuses for the Declaration facsimile and the volume on naval heroes are included inside the front and back covers respectively.

The remainder of Small’s personal collection includes similar historically important Declaration materials such as one of 25 known first-printings by John Dunlap of the Declaration of Independence; a complete set of autographed letters from all 56 signers, a majority dating from 1776; and various copies of John Trumbull’s famous painting depicting the signing.